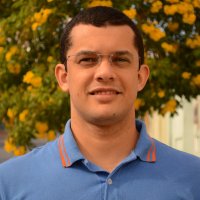 After receiving my Master degree in Computer Science from UFU, I spent a period in industry working as software engineer at Scopus, Everis and eWave. With one year as mobile application developer at IndiaNIC in India.

Then, in August 2014 I started my PhD. In 2015-2016 I was visiting RMoD and SequeL laboratories at the National French Research Institute in Computer Science and Automation (INRIA Lille), working with Damien Cassou and Nicolas Anquetil on Software Engineering, and with Philippe Preux on applied Machine Learning.

To put it simply, I'm a promiscuous cross-disciplinary aspirant researcher!

(Good news only, although most of what I try fails).


Important note: The copyrights for the following papers belong to the publishers. Papers may be downloaded for personal or research purposes only.